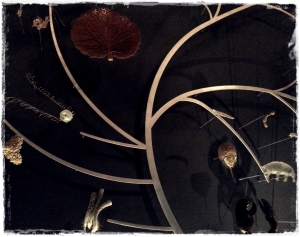 I’m still wading through the terminology either associated with, or used as synonyms for citizen science by of trying to better understand the scope of public participation in science. One interesting area concerns the relationship between citizen science (CS), and what is variously called traditional ecological knowledge (TEK), indigenous knowledge (IK) and lay, local and traditional knowledge (LLT).

With the scope of CS becoming broader and broader and the use of the term becoming increasingly inconsistent as a result, the question of whether TEK forms yet another synonym for CS invariably crops up. Unsurprisingly, there is a bias in the peer-reviewed scientific literature toward large-scale, scientist-led CS projects – the iconic British and American bird counts that have occurred annually since the early 20th century are prime examples. Naturally, these studies are underpinned by conventional, western science. While some scholars consider TEK and conventional science to be opposites, others argue that more synergies rather than differences exist. After all, each carries out a form of monitoring and collects data in the process – possibly using similar indicators, and carries out analyses. Knowledge is co-produced as these activities occur. The settings and methods may differ but the general principles between these different knowledge systems are aligned.

Ballard and Belsky (2010) highlighted the complementarity between western knowledge and local knowledge in their study of salal harvesters (an attractive leathery-leaved shrub used in the floral industry). They found that harvesters, by drawing on their knowledge of place, could help shape the research design by locating study sites and determining appropriate variables to measure. However, TEK may also be used to challenge conventional science, for example, where local people and authorities use different methods to manage a natural resource, with consequently different findings (Leach and Fairhead, 2002). Citizen science and TEK viewed together highlight that activities such as monitoring are not just objective exercises, but influenced by a wide range of social, political, cultural, economic and ecological realities. As such, each exists on a spectrum – some parts clearly overlapping, others not.

How this may look in New Zealand is open to question. With the relationship between matauranga maori (traditional maori knowledge) and conventional science already being investigated, there is an opportunity to create some unique forms of CS that are New Zealand specific.To foster discussion on the current state and future potential of CS in New Zealand, I’ve organised a symposium with 7 speakers both national and international as a part of the upcoming Ecological Society conference. Although TEK and CS won’t be covered as a specific topic, one aim is to identify areas of interest, and how to provide a stronger, more strategic direction for CS that addresses social, scientific, as well as cultural needs.

One response to “Citizen Science and Traditional Ecological Knowledge: distant cousins or siblings?”