The third meeting once again brought together a cross section of citizen science practitioners, researchers, coordinators and designers in the Capital – Wellington. Summarising discussions spanning on ground works to governance and just about everything in between is challenging, especially given participants’ diverse experiences and views. Community-based environmental monitoring covering marine, terrestrial and freshwater environments as well as education, taxonomy, advocacy and extension/training (let alone interactions and influences between each) represent just some of the groups’ interests.

The goals of the informal 2-hr meeting were (1) to update the 11 participants on individual and organisation-led activities underway and planned, and (2) progress actions identified in Think Tank Meetings #1 and #2. Face to face network building speeds up conversations and solidifies a community of practice. Importantly, coming together helps minimise duplication between citizen science projects. The field in NZ is fast-paced and resourcing for project development and delivery is very limited.

A snap shot of the Coast Restoration Trust’s comprehensive reference database: providing restoration practitioners with science to support their activities

Building a platform for the Think Tank

The Think Tank is grounded in 3 years of cit sci workshops, research and projects, all of which recognised the need for a more connected and cohesive approach was needed to further the field in NZ. The formation of an association (as per Australia, Asia, the US and Europe) creates a functional structure for the Think Tank to operate within. Formalisation (e.g., through incorporation) is also a criterion for many funders. With a draft charter being produced by Shane Orchard (University of Canterbury/ Consultant), Think Tank participants will collaboratively define and refine aims, and what form governance and membership will take. These will be outlined in Think Tank #4 blog. 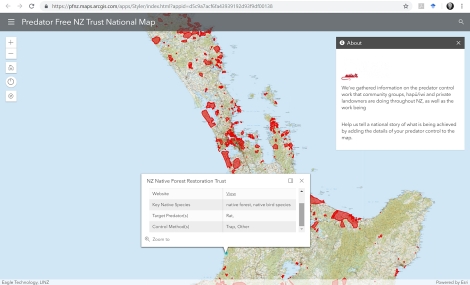 Practical activities carried out by the Think Tank will focus on advocacy and action. The former will be targeted at funders and government, and the latter at a broader audience (e.g., community groups, researchers, project coordinators, educators). The following examples will be fleshed out as the Think Tank and Association evolve.

Advocating for issues on behalf of NZ citizen scientists

The Facebook page (developed for the NZ Landcare Trust Cit Sci Symposium) will be realigned to support the society, once formalisation has been achieved. Plans are afoot to develop a general website to house the society and Think Tank and to link with other web-based citizen science hubs – … watch this space!

Peter Handford highlighted the limited application of open data principles and described the collaborative model of Trap.NZ (a predator trap-catch data management platform). The model, which shares IP with key users, drives a focus on public good, the practicalities of data sharing and re-use, and ultimately gives long term control outside of private business. Siobhan Leachman combs the web for open source text and images in the course of her voluntary work with the Smithsonian Institution and as a Wikipedia editor. She urged Think Tank participants to ensure all images and other media uploaded are licensed for open use (e.g., CC BY-SA 3.0) 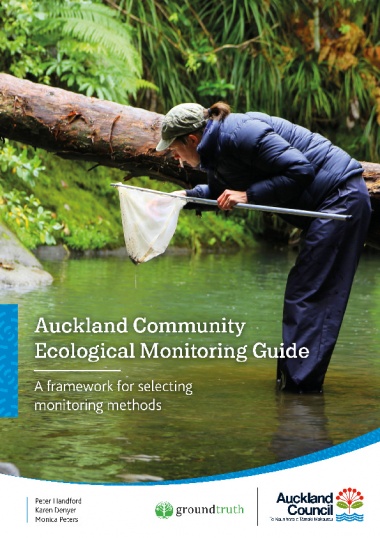 Liz Gibson (EMR, Wellington) reflected on the recent NZ Freshwater Science Society Conference, where a special session was dedicated to the Stream Health Monitoring and Assessment Kit. The original kit was developed in 2002 (Biggs et al). Richard Storey (NIWA) is leading the current SHMAK upgrade which will include an online database (being development by Groundtruth). Calls were also made at the conference to develop a lake monitoring kit for community groups based on the successful Florida Lakewatch model. Monica Peters (people+science) briefly outlined a new ecological monitoring guide for community groups which enables groups to critically evaluate which monitoring method(s) would best suit their project aims and group capacity.