The second Citizen Science Think Tank meeting took place on Oct 9, again in the Capital. The Think Tank grew out of the CitSciNZ2018 symposium (Te Papa, Wellington, April 9). The aims are simple: continue discussions and foster relationships between those actively engaged in, or just interested in learning more about the potential of citizen science as well as progress priority actions identified over the course of workshops and the symposium.

It doesn’t take many like-minded people coming together to have a rich and varied discussion about citizen science trends, challenges and opportunities. The key themes covered during the second Think Tank meeting are outlined below along with the next steps to progress citizen science at a more strategic level in NZ. Think Tank ‘membership’ is fluid, developing initially from those who attended the symposium but will broaden as the Think Tank matures. Current members represent community groups/trusts, university, govt agency and science providers along with independent coordinators and researchers in the environmental sector.

A recent conversation with the Prime Minister’s new Chief Science Advisor, Juliet Gerrard highlighted the citizen science as a tool for growing social license. Most discussion in NZ to date has centred on social license (i.e. ongoing acceptance / approval from stakeholder communities) and the contested terrain of predator control techniques to help achieve predator free status – here’s the link to a talk delivered at the 2017 Biological Heritage Conference. Internationally however, new research investigated how citizen science could be used as a tool for gaining social license in marine conservation (Kelly at al., 2018) 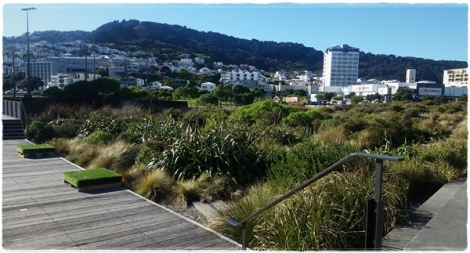 Downtown Wellington – the development of Waitangi Park reinvigorated a much degraded area: by ‘daylighting’ a stream buried through previous development and reinstating a wetland complex, tuna (eels) and other species now have passage inland for spawning.

Questions arose among Think Tank participants on citizen science being used as a veneer to make projects appear more publicly palatable. To avoid this scenario occurring, principles developed by the European Citizen Science Assn. can be used as a checklist by project developers, funders and participants.

Credibility – whose science can we trust?

Professional scientists can be unwilling to reference science done by non-professional or citizen scientists or even acknowledge that other ways of knowing and understanding about the environment and ecological processes exist. In NZ, work continues to build credibility around data collected by non-professionals. The Participatory Science Platform, for example, centres on building close partnerships between community members and science professionals to develop projects that are engaging, equitable/reciprocal for participants and deliver scientifically defensible data (see the ‘8 Principles’ above).

There is a tension: while determining community values and enabling the community to develop their own research questions, the research process includes a critical knowledge building function. Community engagement in research may open more strands of inquiry – a matter of not knowing what you don’t know until a foundation of knowledge and understanding is built.

Funding for independent researchers was identified as an issue in a later conversation with two (fabulous!) researchers investigating ruru occurrence and narratives with tribal members along the Waikato River. Ruru, our diminutive native owl is an important indicator species. For Cheri van Schravendijk-Goodman and Rangi Mahuta, ruru monitoring is a means to understanding river health from a socio-cultural as well as ecological perspective. The story of their preliminary findings is here.

For those members of the public not employed by universities or science institutes, accessing funding for research e.g., in the community for the community, is extremely difficult. Funds for community environmental groups largely centre on practicalities (equipment, contract labour, plants, herbicides and pesticides, running events, and for larger funds, administration), rarely including adequate funding for basic research (let alone professional development opportunities).

The Health and Safety of Citizen Science 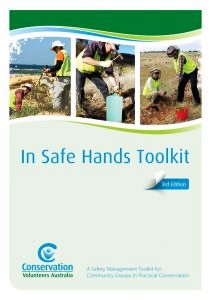 Changes to NZ H&S legislation in 2015 place responsibility for paid workers and voluntary contributors with the employer/organising body. In community projects, coordinators generally emphasize that it is participants’ responsibility to manage their own H&S after being given enough information on the risks and mitigation strategies. Citizen science research in increasingly diverse environments (e.g., marine, wetlands) or remote locations greatly increases the risk potential. Understanding the legislation, seeking advice (e.g., from Worksafe) and adapting existing frameworks (See Mountains to Sea Conservation Trust and Conservation Volunteers resources) is a starting point – and an area the Think Tank will continue to discuss, and eventually develop resources for.

Where to from here?

To begin with, the Think Tank will finalise a White Paper which summarises (in 2-3 pithy pages) citizen science in New Zealand. The purpose is to provide an overview so that decision makers and funders can gain a better understanding of what citizen science is, who is involved, benefits, challenges and priorities. Then we will develop an umbrella entity in which the Think Tank can be situated and grow a stronger presence online.

We are looking to host another citizen science symposium and workshops in 2020. This follows on from the success of the CitSciNZ2018 event that took place earlier this year (Te Papa, April 7-9) which highlighted the interest in citizen science across a range of community, agency and government departments.

Arrival in the Capital – a view to the west over Porirua and Mana Island.

One response to “#CitizenScience #ThinkTank Meeting #2”