For the final Auckland working group meeting, my NZ Landcare Trust colleague (Alastair Cole) and I teamed up with Auckland Council (AC) to trial a draft version of the Biodiversity Monitoring Guide with several community environmental groups in the Auckland area. The purpose of the Guide is to help groups, landowners, schools and others involved in restoration find the best monitoring methods to suit their project objectives. It will also help standardise methods across groups and to support the delivery of consistent advice from Auckland Council staff.

The following is a summary of discussions held on November 7. Four Auckland-based community environmental groups (see summary at end of post) had the opportunity to work through the draft Guide with the support of Auckland Council staff, NZ Landcare Trust and Groundtruth staff. With formatting only basic, but most of the text produced, it was the perfect time to sit down seek end user feedback. The Guide is designed to be used by individual landowners, community groups working independently or with AC staff on projects ranging e.g., from 0.5ha Council reserves to large-scale projects covering many different ecosystems.

At this stage, around 40 methods are included. Each has a summary – which ecosystem they are used in; whether used for activity or outcome monitoring; scientific robustness; precision/sensitivity; skill level needed along with eight other criteria. Also included is scale – many monitoring methods have been developed for large natural habitats, but need to be modified if using in fragmented habitats e.g., in urban settings.

Community insights for minimizing barriers to Guide use

The question is how prescriptive to make the Guide. Drop-down lists speed up and standardise information entry across projects. This could be incorporated in templates where e.g., restoration activities are described – revegetation with native species, weed and pest animal control and pest plant control are ‘core business’ across projects.

The methods list may be pruned further – note that the 40 methods listed cover all ecosystem types in the Auckland area.

In the Guide, we had defined ecosystem types by flora, landscape features and location (e.g., forest and scrub, dunes and beaches). John La Roche (Eastern Bays Songbird Project), however, pointed out that we had missed ‘urban’. For a city-dweller this is a distinct ecosystem, anthropogenic, but a distinctive environment no less.

There are options to create a tiered approach – an entry level printed resource that introduces the concept of monitoring to new groups that may including a suite of the most basic methods only. This however may run the risk that groups use methods that don’t support their restoration objectives. The more detailed version may be an online resource which brings its own set of challenges: printing costs, internet access issues in rural areas, technical barriers and difficulty in locating the Guide in Auckland Council’s multidimensional website.

Printed versions have their own challenges: cost, ensuring content remains current, knowing how many to print… but many (including myself) do prefer hardcopy – easier to make notes on, add sticky notes to and to read.

As with all resources, ongoing promotion and support is needed both to update content, ensure potential users are aware of the resource, have easy access to it and support for using it. This may seem obvious, but funding is often targeted at development, production and initial and distribution, and not for further support. Some support could occur e.g., via a moderated online forum.

Julie Robson, Coordinator for the Eastern Bays Songbird Project highlighted that using similar methods to those used by established groups “…makes me feel reassured that I’m using the right method”. However, even superficially straightforward methods for outcome monitoring e.g., 5-minute bird counts (5MBC) still require training. To address Guide longevity and functionality concerns, AC aims to target training around needs identified through Guide use. Training (e.g., how to use databases) could be delivered via existing forums such as Auckland Council-led Pest Liaison Group meetings.

The draft of the Guide is due by the end of the year. Still to go are a presentation about the Guide at Auckland Council’s next Pest Liaison Group Meeting (November 22). Meanwhile, final citizen science working group meeting will be held in Nelson and Dunedin in early 2018. The 3-yr NZ Landcare Trust project will wrap up with a one-day citizen science symposium in Wellington, April 2018.

Representatives from the four groups listed below provided feedback on the draft Guide, insights into how they operate and the challenges they face doing environmental restoration. There are hundreds of groups like these throughout New Zealand – the Naturespace database is currently home to 400 with more signing up every month! A characteristic of the following groups (and others on Naturespace), is their focus on the environment, but also strengthening community connections to the local landscape. 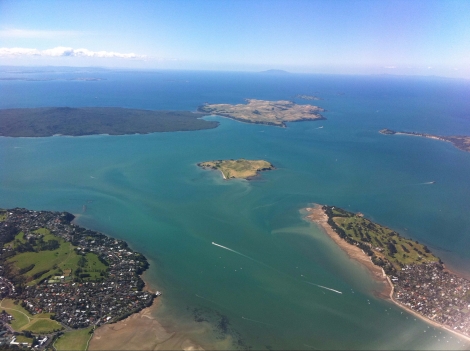 This new project was only formalised in recent months though had a number of years gestating. The vision is to encourage locals to control predators; plant natives to supply food for our birds; share experiences and best practice on their predator-free journey, and to connect with other similar initiatives. The Eastern Bays are a scattering of Council reserves, with wetlands, streams and forest remnants. The 1380ha project aims to create a safe haven for birds travelling from the 3 nearby island sanctuaries: Rangitoto, Motutapu and Motuihe. The group traps possums, rodents, hedgehogs and mustelids (stoats, ferrets and weasels). Situated in the part of Auckland I grew up in, I reflected how radically times have changed – in the 1970s we had 3 pet ferrets (!!!) that escaped (what???) and lived under the incinerator (now banned!!!) in our garden…

The following three groups span the Auckland Isthmus and have plans to work more closely together on strategic restoration.

Begun 13 yrs ago, the project has a strong pest control focus but has also developed and maintained walkways and planted riparian zones as well as council reserves. To measure progress, simplified 50-minute bird counts have been carried out over the last decade. The simplified version groups smaller birds together to reduce barriers to entry for non-specialists. Their results show increases in kereru as well as native bats.

This group formed in 2010 but has recently decided that an integrated catchment management approach is needed. The main aims are to protect and conserve the Wairoa River environment; help locals and organisations work together on sustainable management programmes, and to work with others to develop e.g., monitoring programmes and share information. The group also runs a nursery.

Of the three groups, Awhitu is longest running. For over 21 years, the group has been protecting and restoring the natural features of the Awhitu Peninsula, which forms the southern lip of the extensive Manukau Harbour. Their projects cover 23,000ha and activities include replanting, weed and predator control. They currently have a staggering 2200 possum bait stations, and run a resource centre where locals can pick up information as well as baits. Awhitu also has a nursery that supplies up to 16,000 eco-sourced plants to local projects and individual landowners.