Being a predator-free neighbourhood ambassador wasn’t something Kelvin Hastie set out to be. It’s just that he had the vision to rid his neighbourhood of pests after seeing a weasel and several rats out and about, looking very much at home. Something had to be done, and it had to be done on a larger scale: Predator-Free Crofton Downs was born.

The Wellington suburb has since become a model for how to mobilise the community to trap predators – in this case mainly rats (both Norway Rattus norvegicus and ship Rattus rattus), with mice in the firing line too.

Kelvin Hastie travelled to Hamilton to share his story, providing us with helpful tips on setting up predator-free neighbourhoods. Hastie kick started his neighbourhood initiative with a $5000 community grant. There are now over 27 predator-free neighbourhoods around the country, but Wellington still forms the national hot spot. While it takes a community champion to mobilise a willing community, Wellington has an advantage: Greater Wellington Regional Council has actively managed predators for more than 25 years, as have numerous private landowners and community environmental groups. Now when viewed spatially, the trapping network spanning public and private land is considerable.

To convince Wellington householders to put a trap on their property, Hastie underscores the need for simplicity: both the traps and their management have to be kept as simple as possible. A letterbox drop of basic information is a useful method of raising awareness. These have to be A5 flyers (black and white, non-glossy), which makes them ‘community’ as opposed to ‘circular’ (which have a different set of codes governing distribution).

For Hastie, predator control with the public is ultimately:

Next, a public launch is an opportunity to build a community of interest, provide further information, as well as traps and training for the willing. 600 people attended the recent launch of Predator-Free Brooklyn – impressive considering the typically poor turnouts nowadays at any public meeting. For many, a major driver is biodiversity gains (e.g., protecting our beautiful native lizards), but for some trapping predators is purely practical: rodents chewing wires can start house fires.

Householders are asked to keep their traps baited at all times and to report their kills. Traps are not laid out according to any particular design, the main focus being on having one household in five place a trap in their backyard. Trap location is driven by practicality: close to the house where it can easily be monitored rather than tucked out of sight (and out of mind) down the back of the section.

In line with Wellington’s toxin-free ethos, basic rodent snap traps are set inside a box with an opening big enough only to allow rats and mice to enter. Rodents are directed to the trap and killed humanely, and the opening prevents accidental trigger by cats and small children. Basic but effective, this method enabled Predator-Free Crofton Downs to capitalise on huge public support for rodent trapping, under the tagline of ‘making the community safer’. Hastie noted that there are no Health and Safety laws on private land – that’s up to the landowner, and that MOUs (which include H&S plans) need to be developed where trapping extends onto public reserve land.

Self-setting traps are undoubtedly efficient, but because carcasses drop to the ground, counting can be difficult with cats often taking the carcasses away. Additionally, specialised bait cartridges need to be used. The basic traps supplied to householders mean that carcasses do need to be handled, but with this comes an educational component – householders learn the difference between Norway and ship rats (see below for further information). As for baiting, most people use peanut butter.

Predator-free neighbourhood Facebook pages are springing up, though Hastie highlights these are used primarily by middle-aged (and above) members with youth preferring other social media channels. The pages profile the various neighbourhood initiatives and while useful for sharing information are often used by others from outside the group… people like myself who want to keep tabs on what’s going on!

Although it would have been preferable to use an existing platform, Hastie developed a spatial map of neighbourhood trapping efforts with not-for-profit GIS In Conservation. There are now at least 1700 households in Wellington trapping, with numbers rapidly increasing.

The indicator of success for initiatives like Crofton Downs is zero catches. A different approach was used on 800ha Miramar Peninsular to better understand existing predator pressure. Chew cards were laid out on a 200m grid across the entire peninsular, including Wellington airport runway, (which runs across the base of the peninsular). This method allows a basic index of rodent and other predators to be developed from which to gauge progress toward predator free goals as well as to highlight hotspot areas for intensified control.

There are 3 species of rat in NZ: the ship rat, Norway rat, and Kiore, the Polynesian rat (now restricted to small areas of New Zealand). The ship rat is the most abundant species and is found throughout NZ in all habitats (particularly forests), while the Norway rat is mainly found around coastal and freshwater waterways, in towns and on farms. The ship rat is an able climber and eats a huge range of foods: Seeds, insects (weta, beetles, spiders, stick insects), eggs, chicks and even sitting adult birds. In the 1960’s, ship rats invaded Big South Cape Island (off Stewart Island), which resulted in the extinction of four endemic bird species. The larger, heavier Norway rat also has a broad diet that also includes lizards, molluscs, crustaceans and animal carcasses. 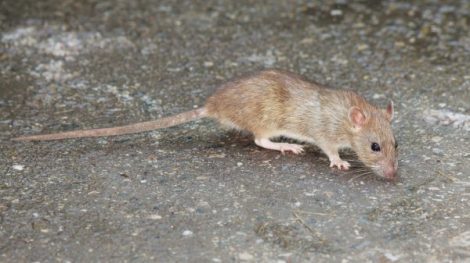 One response to “How to set up a Predator-Free Neighbourhood: Post #1”