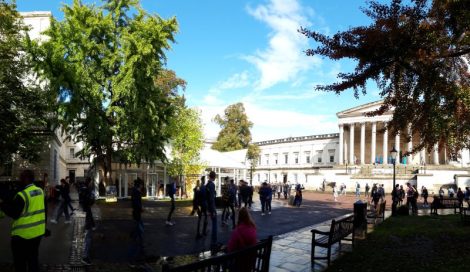 The University College of London campus

I returned to the UK for a couple of days in London to meet with colleagues at University College, give myself a crash course in DIY bio-labs and see how citizen science manifests in socially oriented urban revitalisation projects. At least one museum had to be visited, given the historic integration of empire building and natural science discoveries. London is the fourth destination of a 5-week Winston Churchill Memorial Trust funded investigation into citizen science programmes. This first London blog covers the Extreme Citizen Science programme at University College and the extraordinary Grant Museum.

University College of London is one of several vast historic learning institutes in the heart of the city, and home to Extreme Citizen Science (ExCiteS). I caught up with Dr. Artemis Skarlatidou (Snr Researcher) and Gulbala Salamov (Snr Research Fellow) who outline the ‘Big Vision’ for ExCiteS: build data collection and visualisation tools that are useable irrespective of literacy levels (see open source Sapelli). Open science and Open access are core principles. Outcomes will eventually include ‘intelligent maps’ i.e. platforms that can house diverse data. Currently, data from Sapelli are not automatically visualised – the researcher completes this task before presenting it to the community.

In Namibia, UCL researchers worked with anthropologists and local NGOS to support a project using ExCiteS tools. Anthropologists typically stay in the field for about 2 years. By living within the communities they study often build high levels of trust. For the ExCiteS team, it’s an opportunity to understand barriers to tool uptake and use, and for findings to guide tool improvement. However, some field anthropologists’ observations of local community interactions with digital interfaces remain anecdotal, hampering attempts to tune tools to community needs. There is, nevertheless, relevant research in the so-called area HCI4D (Human Computer Interaction for Development) and Cyber- or Digital Anthropology. 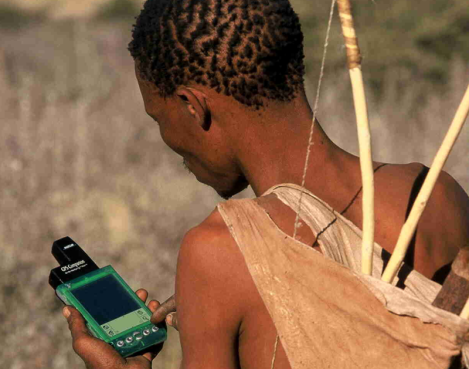 Cyber Tracker was developed in 1996, initially to enable illiterate trackers in Africa to document wildlife spoor. Training was provided and protocols developed. Again, much potentially useful information (e.g., training content design, outcomes, earlier iterations of the tool, lessons learned from user interactions with the tool) have not been published. Cyber tracker was developed privately c.f. through a university or public agency and remains a company. However, there is considerable interest in enhancing the efficacy of online tools. An example is the hands-on workshop run by the ExCiteS team in 2018 that drew participants from projects as far afield as Canada, South Africa and Brazil (see here for a workshop summary). 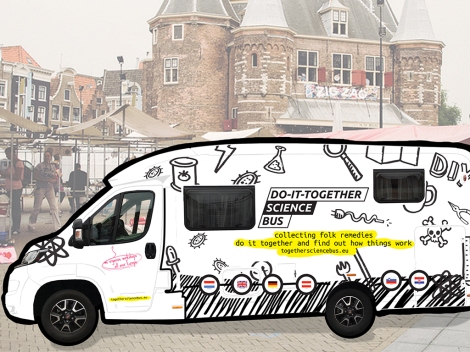 The ambitious, pan-European DITOS project (coordinated by UCL) delivered 500+ science events between 2016 and 2019 and engaged with over 2 million people – far beyond what was stated in the proposal. The €3+ million programme was funded by the EU. A summary of the project:

Doing-It-Together Science’ …moves from a model in which scientific research, innovation, and problem-solving is mainly driven by scientific/professional institutions to one based on active public participation and capacity building with various levels and strategies of engagement in the scientific process.

At the core of our ethos is a recognition of people’s existing expertise and the different ways people want to and do engage in science and technology. The project is aimed at elevating public engagement with science across Europe from passive engagement with the process of developing science to an active one…

A particular challenge was how engagement was understood and enacted across the different countries. Historical as well as cultural factors have shaped different responses to public engagement as well as different delivery mechanisms.

Project evaluation took place to determine the on-ground deliverables (e.g., number of events; number and type of participants) as well as qualitative factors (e.g., participant satisfaction, personal journeys for the researchers involved). Despite the importance of evaluation to project developers, funders and decision-makers, the Responsible Research and Innovation criteria for EU funding still has limited focus on evaluation.

A complicating factor is Brexit which has left an information vacuum around how large-scale multi-national science programmes will be funded in the future. UK-based researchers are currently hesitant to commit to leading large-scale, multi-national projects, but are still willing to partner on initiatives that progress learning and action e.g., in the field of citizen science. This means flagship projects such as DITOS won’t at this stage be continued and expanded. In the UK, there is now more competition for local funds to continue existing work and create new projects. 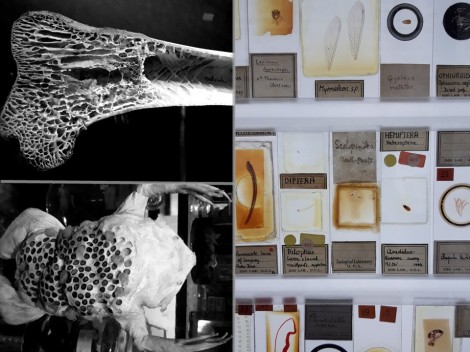 The Grant Museum: Ostrich bone; Surinam toad and details of the Micrarium

Wunderkammer – The Grant Museum of Zoology

Tucked in alongside one of the earlier University College Buildings is the unobtrusive entrance to the Grant Museum. This extraordinary collection began as a teaching tool for medical and zoological students and remains equal parts unsettling (the stuffed Surinam toad with toadlets bursting from its skin) and awe-inspiring (the miniature world of the Micrarium). Aside from the wondrous Victorian clutter of bones, dissections and casts of various animal, vegetable and mineral origin, a discomforting exhibition focus is how scientific knowledge creation went hand in hand with colonial expansion and empire building.

The fact remains that local populations and their natural resources were exploited. Slavery created huge profits for manufacturers, tradesmen and slave owners (who were compensated for their financial losses when slavery was abolished in 1833), while a global network of collectors and go-betweens supplied leading public scientific institutions with the raw materials to further scientific research. The Grant museum and its collection is no exception.