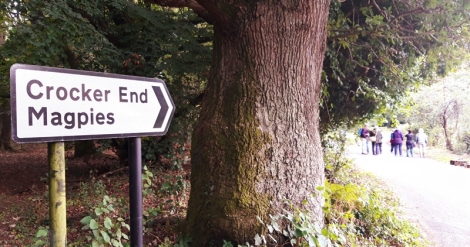 Outing with the Oxford Ornithological Society to Warburg Nature Reserve

Oxford is a hub of citizen science with various societies, research programmes and initiatives run by NGOs underway. However, the ‘term citizen science’ is used in some contexts and not others. Ornithological Societies, for example, may not see themselves as citizen scientists, whereas in academia the term is widely used. Why? It fulfils research objectives not achievable by researchers alone and strengthened public engagement obligations. The latter is also a funding requirement (e.g., for UK Lotteries). NGOs such as Earthwatch too have freely adopted the term citizen science to describe some of the programmes they run. 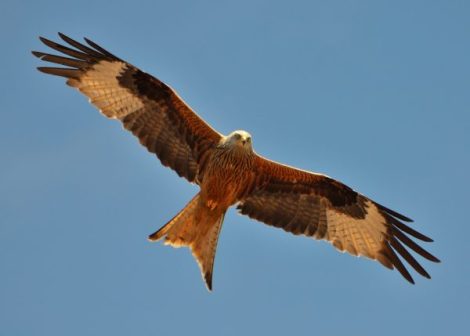 Fortuitously, my visit coincided with an Oxford Ornithological Society field trip. Although I’m a self-confessed plant geek, gaining insight into British avifauna was an experience I didn’t want to pass by. The group met at Nettlebed to explore Warburg Nature Reserve to inventory local (mostly native) species. Some species were familiar to me, having been introduced to New Zealand by early colonists from the UK (e.g., pheasants, redpolls and dunnocks). Steve Alley (field trip coordinator) remarked on the significant declines of British birds over the last 30 years, mostly resulting from agricultural intensification. Rain cut the trip a little short with a final count of 28 species, logged in a notebook for eventual transferral into Steve’s own database and on to the global online database, eBird.

Bird watching has a lengthy history in the UK and is extremely popular. According to the Royal Society for the Protection of Birds, an estimated 3 million adults do so annually. The RSPB encourages the use of online databases such as the UK-specific BirdTrack to log sightings and help investigate migration movements as well as bird distribution. 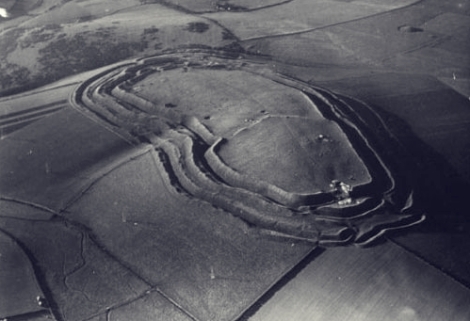 Maiden Castle – one of the largest hill forts in Europe. Photo taken in 1935 by Major George Allen

Along with birding, UK amateurs and volunteers have a long history of involvement with archaeology – it takes a lot of (patient) people to excavate and document a site! A project caught my eye: mapping hillforts using citizen science. I spoke with Gary Lock (Emeritus Fellow Professor of Archaeology), recipient of a public engagement award at Kellogg College to find out more. The objective of the 4-yr project was to standardise and flesh out hill fort documentation across 5 countries (England, Scotland, Wales, Northern Ireland and Ireland). This was no mean feat: over 4000 have already been recorded. The public engagement and citizen science component resulted in the development of a survey protocol, training and guidelines complemented by 60 public lectures given by Gary and colleagues. Participants were contacted through existing networks (e.g., British Excavation Volunteers and Archaeological Research Society). On reflection, Gary suggested that specific funding to employ a citizen science coordinator would have been beneficial for timelining events, answering participants’ queries and conducting ongoing participant evaluations.

Data collection methods were deliberately low-tech to encourage participants to be hands-on and ‘absorbed by the landscape – not by the screen’. This is important – in recent decades, the field of archaeology has embraced phenomenology. This approach brings anthropology and social theory to the research, in other words, the site is more than the sum of its measurements, with perception and experience is integral to its interpretation. The role of the citizen scientists was to provide/verify measurements as well as debate their findings with one another, potentially adding new data to the inventory. 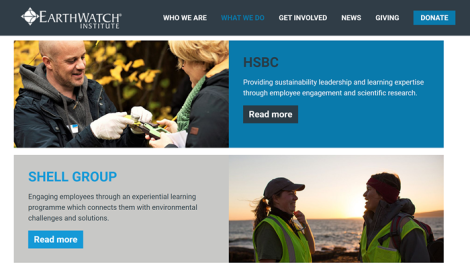 The week previously, Learning Manager/Coordinator Kat McGavin had run an intensive residential workshop on public engagement for the UK National Environmental Research Council funding recipients. The 5-day workshop (co-designed with colleagues from Birmingham and Manchester Universities and Citizens UK), brought theory, practice, tools and critical reflection together. The participants, early career researchers from different nations and at different stages of project development, then developed an action plan to integrate a greater level of engagement within their projects. Group webinars will review progress and share reflections.

Earthwatch partners with oil-producer Shell, facilitating teams of 12 staff to join scientists carrying out research on 10-day expeditions. Big topics are brought to the table including sustainability and climate change. The aim is to inspire participants, who then pledge actions – both on a personal level (e.g., reducing their carbon footprint) as well as within their wider organisation (e.g., investigating supply chain components to effect changes that benefit the environment).

Freshwater Watch is a flagship programme that began in 2012 as corporate engagement with multinational bank HSBC. The aim was to establish a global database using standard protocols for monitoring primary water quality variables (e.g., nitrates, phosphates and turbidity). The programme has since been broadened to enable community involvement. To date there are 25,000 observations. Challenges include how to integrate the data into e.g., Sustainable Development Goal reporting.

Much funding for larger scale programmes comes through the European Union (e.g., Horizon 2020). These include Groundtruth 2.0 Citizen Observatories. Benefits of empowered citizenry are outlined by H2020 funders:

…based on citizens’ own devices (e.g. smart phones) used together with innovative technologies can strengthen environmental monitoring capabilities, have the potential to generate new and original applications to reduce investment and running costs of in-situ observations and monitoring applications and solutions, and involve novel partnerships between the private sector, public bodies, NGOs and citizens.

Technology underpins the Monocle project (Multiscale Observation Networks for Optical monitoring of Coastal waters, Lakes and Estuaries), while the European Citizen Science Platform is designed to be a portal e.g., for training courses, documents and project databases.

A project in development will measure the impact of environmental citizen science across diverse fields: the environment, participants and society, governance and policy… a little like a ‘Wikipedia of citizen science’

The next stop is Muenster, Germany for the annual 2-day Forum Citizen Science.