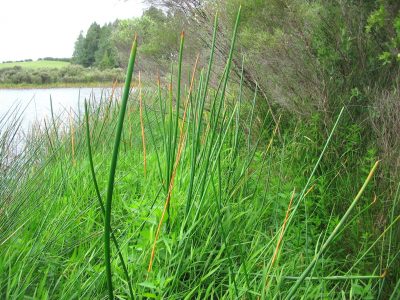 The margins of the Lake Serpentine east are lush with native wetland vegetation including spike rush, sphagnum and manuka

Another year wraps around at Rotopiko (Lake Serpentine), an iconic peat lake complex set in farmland between Hamilton and Te Awamutu. The site is earmarked for a National Wetland Centre, precisely because there isn’t one anywhere in New Zealand. Amazing considering that 90% of wetlands throughout the country have been drained – only within 150 yrs, and that we have yet built a place that can tell that story.

It was AGM time for the entity who want to build that centre – the National Wetland Trust – so an opportunity to review progress at the lake. There are actually 3 lakes (unimaginatively named South, North and East), a legacy of draining the original lake, named Rotopiko by the local iwi (Ngati Apakura), to create more farmland. Water levels are now stabilised via a weir, invasive willows have been removed and the lakeside kahikatea planted 30-40 yrs ago have established well. 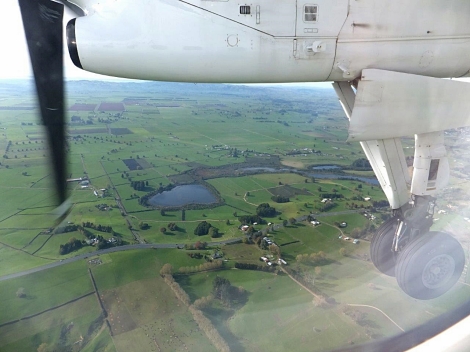 Karen Denyer, the Trust’s Executive Office extraordinaire, coordinates the restoration and education programme at the lake, in partnership with Waipa District Council, NZ Landcare Trust, Dept. of Conservation, Ohaupo School and Te Awamutu College among others. Our evening circumambulation took us along the boardwalk inside a 2m high predator proof fence (built in 2012) that protects East lake. The boardwalk winds its way through sedges and rushes, areas planted with fast growing early colonising plants (e.g., manuka, cabbage trees/ti kouka and flax/harakeke), before entering a majestic remnant kahikatea stand a little further back from the lake.

With predators (including rats, possums, stoats, cats and hedgehogs) now removed from inside the fence, the site has become a magnet for birds. Native species present prior to pest control included the common forest birds, along with fernbirds, and the odd report of bittern and spotless crake and the trust hopes with pests gone their numbers will grow. 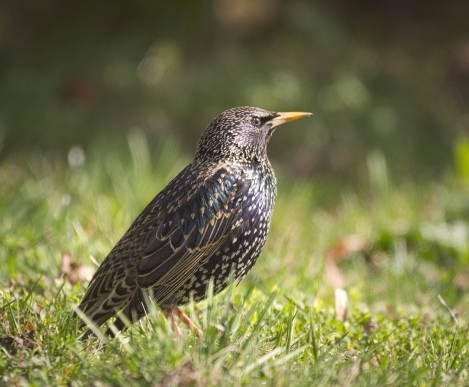 However, what we witnessed as the sun began to set was tens of thousands of starlings, sparrows and finches hurtling through the sky, drawn to this safe-haven for their nightly roost. Extraordinarily, the transition to exotic bird roost following predator eradication, has only taken a year or so. How did all those bird-brains figure it out so quickly!

The sheer volume of the bird calls echo Joseph Banks’ experience of arriving in NZ in 1770:

…the numbers of them were certainly very great who seemd to strain their throats with emulation perhaps; their voices were certainly the most melodious wild musick I have ever heard…

But Banks was of course referring to native birds… So how can native birds be lured back to Rotopiko and number of exotics lessened? The huge number of starlings and sparrows create odoriferous piles of guano that will change the characteristically low-nutrient status of the peat. The change in nutrient levels will also not only affect plant growth as well as the type of species present – and the seeds transported in the guano may also bring unwanted plant pests to the site. We saw one glimmer of hope to turn this around – among the cacophony of twittering, a lone native falcon darted into the fray. Karen says the falcon is a new arrival and that two have been seen together – raising the possibility they will settle in to raise a family – and enjoy the exotic smorgasbord each evening offers!

The current emphasis on Predator Free 2050 has sparked dialog on how removal of one predator can change populations and lead to explosions in other pest species e.g., in mice, cats or rabbits but explosions of pest birds appears not to have not been discussed. This highlights the complexity of species interactions and how little we know about dynamics between predators or the effects of removing one or more pest species from an ecosystem …within a given context.

According to wildlife ecologist John Innes (Landcare Research), controlling the birds in the long term is extremely difficult. Starlings (Sturnus vulgaris), rate as one of the world’s most widespread invasive birds (Duncan et al. 2003) – they’re highly adaptable, nearly omnivorous and breed prolifically. Sparrows are similar. Existing approaches include poisoning, culling, habitat modification, bright lights, sound (mimicking predators or ultrasonic) and water cannons. The Trust has been considering the non-lethal options, and also possibly using drones to drive them away. Many are also shorter-term fixes, with birds quickly adapting in the face of false threats, and it’s likely that a mix of disturbance options would be needed. Increasing the falcon population may be one method, and the Trust are waiting to see if their resident pair is a breeding unit.

With any method used to control pest species, Russell et al (2017) underscore the importance of social acceptability. There are neighbours to consider, and animal welfare concerns, as well as unintentional deaths of desirable species in the process. Political support is also needed in the form of enabling policies.

In the mean-time, the starlings, sparrows and other exotics continue to darken the sky as they pour into the mammalian pest free reserve every night, providing a, hopefully temporary, extraordinary spectacle for visitors.

2 responses to “Restoring #Rotopiko: bringing back the birds… including a few (thousand) unexpected ones!”